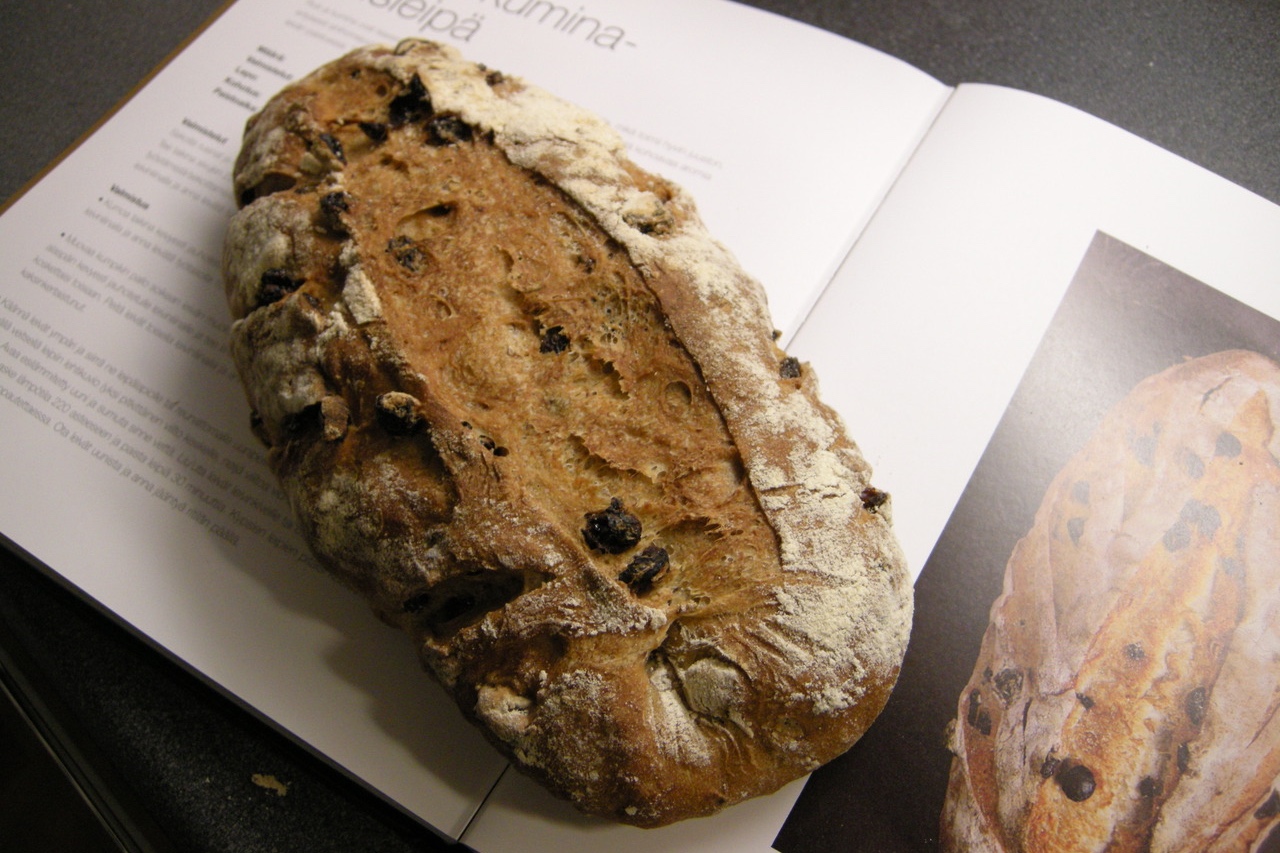 I bought my copy of Richard Bertinet’s book, Dough, in July 2009.

Right from the beginning, I took on the habit of marking a small cross next to the recipe in the table of contents whenever I was trying it for the first time. After a few weeks, I realized that I had marked about one-fifth of the recipes, and thought to myself: “Why not bake them all?”

I like to set myself arbitrary goals like this, so I counted the total number of recipes — 51 — and got to work.

While baking through Dough, I bought a couple of other baking books, including the same author’s second book, Crust, and baked from those occasionally as well (marking crosses next to the recipes, naturally). I also found myself returning to some favorite recipes from Dough again and again: recipes such as the Somerset Cider Bread and Pain de Campagne. All the while, I would still make time to try the recipes remaining in the book.

Two years later, there was just one recipe left to try: Honey and Lavender Loaf. That one turned out to be a real challenge: the only place I was able to find lavender in was in laundry detergents!

So, after two weeks spent considering my options, I decided I had to grow my own. With 50 recipes already completed, there was no way I was going to give up. So, I went to the gardening store near my home and bought a plant that was just about to bloom. And a couple of weeks later, I baked my lavender bread. While it didn’t become my favorite in Dough, it was the most memorable one.

This book is an excellent introduction to bread making. In my family, I have seen many times how people pick up the book and can’t help but get excited about the possibilities. Richard Bertinet is a wonderful teacher who has the skill to make the techniques easy to understand, and his recipes are simple enough to follow successfully so that in the end, you will feel proud of the bread you just baked.

While working my way through the recipes, I realized that I enjoy the simplest bread the most: Many recipes include spices and other special ingredients and look exciting when you read the recipe — and sure, they taste delicious too. Still, when I go back to the book and think about what I want to bake today, I almost always end up picking something like Pain de Campagne, a recipe with no more than four ingredients.

So, if you are new to baking, this is a good book to start with — a lot of people seem to agree: Dough has been published in 16 languages (including Japanese, as you can see from the picture!) and has received numerous awards, including IACP Cookery book of the year 2006, and many more.