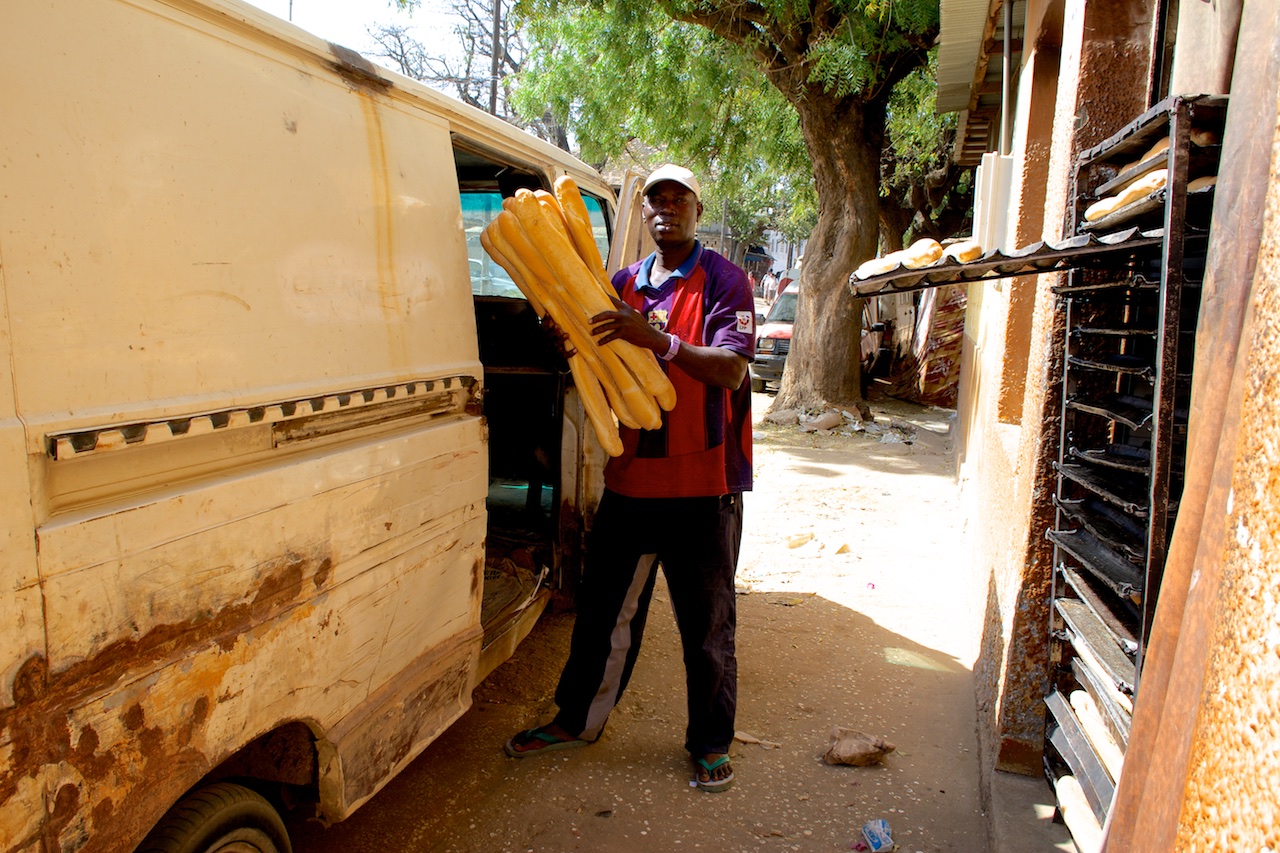 A bit over a week ago, I returned from a trip to the land of white bread, Senegal.

Seriously, outside the capital and some more affluent regions, the only breads sold are soft and fluffy variations of the French baguette. It’s the bread I described in my first ever BREAD article saying:

“In Fatick, just like most of Senegal, only one kind of bread is sold: a baguette with a soft white crumb and a crusty yellow crust. Not quite as dark as the artisan baguettes you would find in Paris, but delicious nonetheless.”

Yes, looking back at this sentence, I notice that I used the word (is that even a word?) crusty to describe a bread’s crust… Silly me. Anyway, now, 14 years after my previous visit to Senegal, I finally got another chance to try this bread. It was white, very white. And it was still delicious.

After the trip, since I got to work and started writing an article about bread in Senegal, I have been haunted by the question about what I really mean when I talk about great bread. Or even more precisely: what is great bread, and can some bread really be called “Real Bread”?

I am a member of the Real Bread Campaign and strongly support their work in educating the public about the benefits of good artisan bread. But at the same time, I have been sensing a growing movement towards a sort of righteousness and religion-like approach to bread which bothers me a little bit. When I go to parties and people present me with bread, I don’t want them to get all nervous and afraid that I’ll tell them their bread is not made the way it should…

Yes, I believe some bread tastes better than another bread (and I believe it is important to support a healthy lifestyle too), but I feel the question is more complicated than a simple set of rules about what is good bread and what isn’t.

I could say that real bread is sourdough bread, because that’s my favorite kind of bread. But many people don’t even know such a bread exists.

I could say that real bread needs to be made with organic flour. But that would leave out many good bakeries around the world who don’t have access to organic ingredients.

I could say real bread is bread made without additives (and most of the time, I do say that). But as I realized, thinking about bread in Senegal, even that is not quite as straight forward as you would think…

That’s because while bread is food, it is also work, life, and culture. And most of all, it is stories and memories.

Take Boulangerie Wazin for example. Wazin was Mbour’s first bakery when it was opened in 1974. It is still up and running and making bread, probably using the same recipe that was in use when it started. At least the recipe is the same it was when I last ate their bread in the 1990s. In this time, the understanding of great bread in Europe has moved on and more and more, we are appreciating the darker, more wholegrain varieties. But Senegal is still the land of the white bread.

It would be easy to dismiss this bread by saying that it’s too white, it is mixed in a machine, it is even shaped with the help of a machine… But that would be to discard something important.

I also saw a bunch of bakers proud of their work, happily making baguettes they knew their customers would enjoy. This was not factory bread: each baker touched the dough – they even let me touch it. When I took their photo, they all gathered around the work table to pose. The bread is their livelihood, their pride.

And finally, I saw the owner of the bakery, Madame Wazin, a lady who has spent most of her life in Senegal, running this bakery and caring for it. Talking to her, I realized that what happens at the bakery is her life’s work. We didn’t have time for a long chat, but I could sense that there was a long and eventful story behind her eyes.

All of this, to me, is what bread is about.

But most of all, I now think it is the bread from our memories. Bread that makes us happy. Even if the bread is white and fluffy.