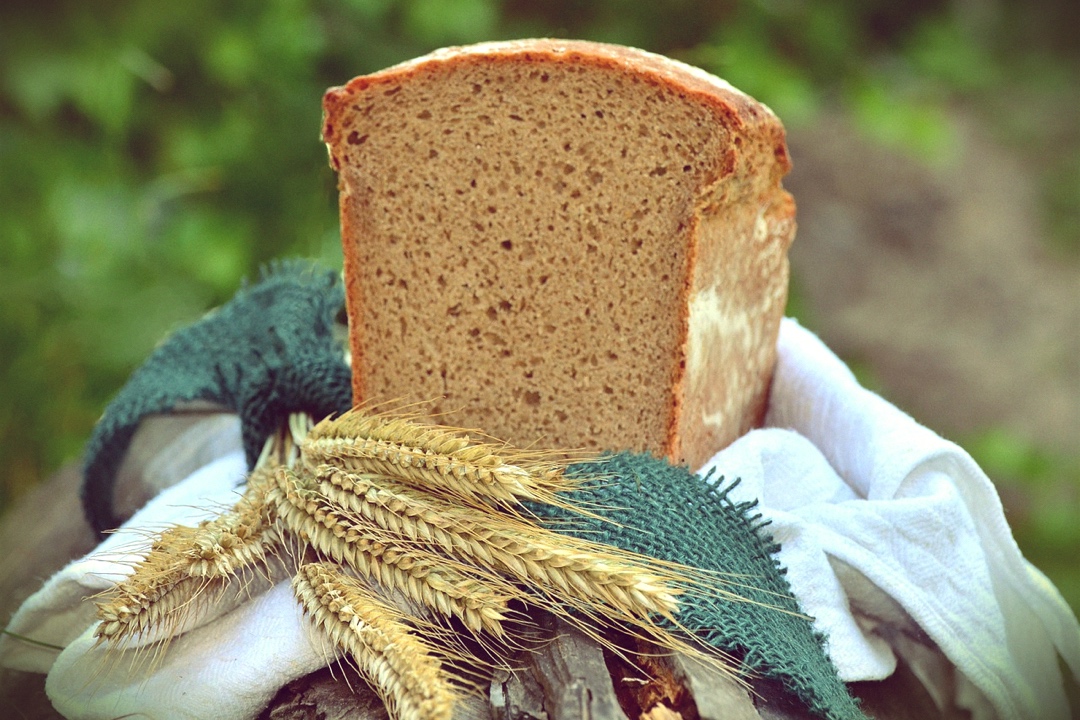 Beside water, flour is the most important ingredient in bread making – about 60% of a basic white dough is flour. That’s why small changes in the mixture of flours you use in your bread can have a clear impact on the bread you produce. Most of the time, we tend to go with bread flour made of wheat for its unbeatable gluten forming properties but the world of flour is huge and open for exploration: just figure out the right amount and you can put flour made with pretty much any type of grain into your bread.

The second edition of BREAD, published in the summer of 2012, was all about flour: We talked about adapting a basic bread formula first to wholemeal wheat flour, then to rye and spelt. We talked about farming. We talked about milling. And around the end of the magazine issue, we shared an article about exotic flours to try out.

Today’s blog post is an updated version of that original article.

Buckwheat is not a grass (despite the name, it has nothing to do with wheat) but a plant related to rhubarb, sorrel, and knotweed. The seeds, found in the withered flower, are naturally gluten free and therefore a good choice for a gluten free bread. The taste takes some getting used to, but after that initial effort might become a favorite. For a gluten free buckwheat recipe, check out our October 2013 issue.

The biggest producer of buckwheat in the world is Russia, also well known for its delicious buckwheat blinis. In Japan, buckwheat is used for producing soba noodles. And in the French Brittany, pancakes are made of the flour.

Buckwheat has a strong flavor that doesn’t appeal to everyone, so you may want to try adding some honey and spices like suggested in this recipe. For another good buckwheat recipe, you can look at the Breton Bread recipe found in Richard Bertinet’s book, Crust.

Also, while talking about gluten free breads, the diet has lead to finding even more interesting flours that we can very well include also in our gluten-based breads: millet, oats, quinoa, and the different varieties of rice all have a unique taste and bring their own, interesting properties to the final bread.

Durum is the hardest of wheat varieties and contains a lot of protein, but surprisingly not that much gluten. Therefore, even though durum—or semolina—is widely used in bread making, breads made without adding regular bread flours are rare. One such example is the Sicilian treat, Pagnotte di Enna.

Breads made of semolina have a rich flavor and a chewy texture, so they are well worth experimenting with.

Khorason, like spelt, is one of the so called ancient forms of wheat, cultivated in the early days of agriculture and now found again as a part of the trend towards all things organic and original. It is closely related to durum and thus shares most of its properties.

The gluten in khorason is not as strong as in regular wheat or even spelt, so it’s a good idea  to mix the khorason flour with wheat or spelt at a ratio of about 50/50. According to the instructions from Shipton Mill, a mill that produces khorason flour, gentle handling is required when making bread using this type of wheat.

If you are into ancient varieties of wheat, you might also want to look into emmer and einkorn (and Chad Robertson’s latest book!).

Barley is one of the oldest and most popular crops in the world. Its cultivation began over 10,000 years ago in the area of the Fertile Crescent, and even today, the cereal ranks fourth on both area of cultivation and quantity produced, right after corn, rice, and wheat. In its original home in the Middle East, barley is still used for a wide range of traditional foodstuffs.

Today, in Europe and the USA barley is used mostly for beer making and as animal feed, but the grain is healthy and has a lovely taste, and therefore should not be neglected in bread making.

Barley contains some gluten forming proteins but not enough to keep a 100% barley loaf of bread together – but mix in some wheat and you will get great results. Or you can go for a flatbread, such as the Swedish favorite, tunnbröd, a delicious bread to eat still warm from the oven.

When baking a loaf bread with barley, go for fine full grain barley flour with a mix of about 2 parts of barley to 3 parts of wheat.

For a more detailed recipe, and a good, detailed writeup on barley, visit this article over at the bread blog Farine.

When times get tough, people become creative. One of the best examples in recent history has been the use of inner bark from pine and birch trees for bread making.

Bark bread, Pettuleipä, was eaten in most of Finland and parts of Sweden in the 18th and 19th centuries whenever there wasn’t enough rye available for bread making.

While bark still rings bad memories in people’s ears, it is gaining fame as a heath food rich in minerals and low in calories. Alone, the taste is bitter and sour, but combined with rye flour at a low percentage, I hear it is delicious.

Finding bark flour for your own baking can be tricky: I have found one store in Finland that sells bark flour, and apparently there are some businesses that are trying to export the flour to the US and the rest of Europe, but I don’t have much information.

If you manage to find some bark flour, click here for a simple recipe to start from.

As you may have noticed, the theme of experimentation keeps popping up from one article to another, on this blog as well as in the magazine. That’s because I believe trying things by yourself is the best way to learn. And really, when working with bread, what can go wrong?

Anything edible can be used in bread. It may not always taste great, and you might have to change your recipe and try again, but in the end, making a terrible tasting loaf of bread is not the end of the world. And when you succeed in creating a mixture of flavors you enjoy – like the “talkkuna” lingonberry bread pictured on the right – the warm, happy feeling is well worth all the failed experiments before it!

Finally, share your favorite ideas and experiments in comments below!