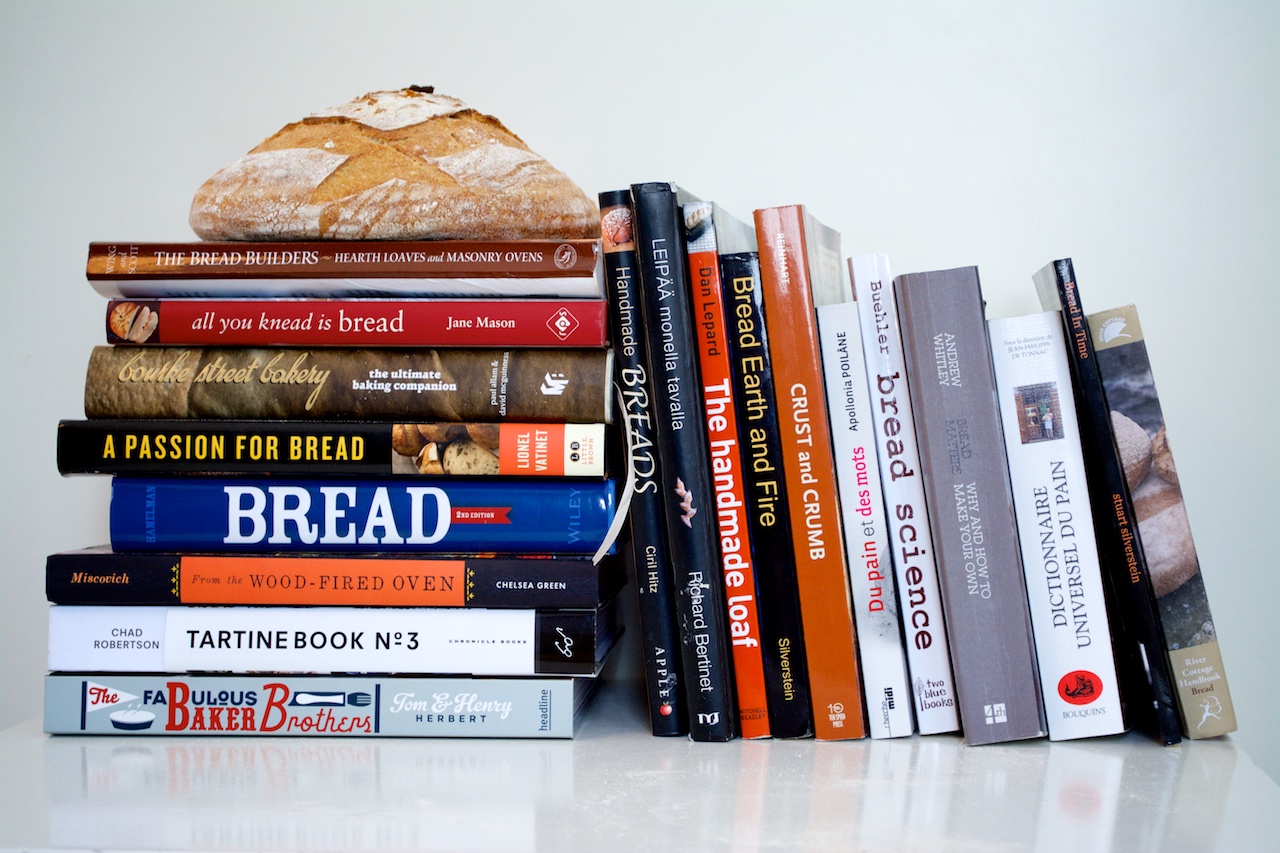 One of the articles in the Spring 2014 issue of BREAD is an interview with Lionel Vatinet, master baker and owner of La Farm, an artisan bakery in Cary, North Carolina.

Lionel has accomplished a lot in his career as a baker, but what most interests me is his training as an apprentice at the centuries-old French guild of artisans, Les Compagnons du Devoir.

One of the key concepts at the guild is travel: the majority of the training happens during a step called Tour de France, a five to ten year period when the apprentice travels around France (and nowadays the world) spending six months to a year working with one accomplished professional before moving to the next region and the next craftsman to learn from.

In the interview, we went deeper into the actual apprenticeship and the sharing of knowledge that takes place inside it, but there was one line of thought that I couldn’t quite fit in my article. That is how this concept of traveling and learning from many “masters” links to each of our journeys as bakers (I am using the term loosely here, as I like to do, counting myself as well as other amateur bakers in the bunch).

This process reminded me of Zak the Baker (you can read my interview with him in the August 2013 issue of BREAD) and how, while he didn’t join a guild of artisans, he did a very similar period of traveling on his own, living and working with artisans and learning from them.

And if you have read Tartine Bread, you know Chad Robertson shares a similar experience of learning from many.

So, while this is not the only way to get an education in bread making, it clearly is one that many people have gained a lot from.

But what does this have to do with you and I?

If baking is something you want to do professionally, or something that you are extremely serious about learning well, you may want to follow the lead and start apprenticing with great artisan bakers. As the first step, you just need to find one great bakery to begin at. Start by working one day a week as Paulo Sebastião recommended in his interview in our April 2013 issue and before you know you will have gathered more practice than in years of baking at home on your own.

But even if you are not ready to go all in and become an apprentice, there is a way you can implement this idea in your life.

It’s what I have been doing these past years: observing the ways different bakers work and then trying their ideas and advice in my own kitchen.

If you are just beginning, pick one good book about bread and learn bread making according to its advice.

But don’t stop there.

Once you understand one way of working the dough and making bread, find a new instructor. It could be in the form of a new book, a series of videos on Youtube, maybe through the many online communities of bakers on Facebook, Google+, and Twitter.

Every book about bread adds its own personal touch to the topic. Yes, when you read more books about bread, you will notice that they share a lot with each other (there aren’t all that many ways to mix the four ingredients), but you will also find subtle differences, or even new ideas that can make all the difference in your own baking.

As an example, I had never realized you could create a “dutch oven” type of a moisture catcher for baking baguettes until I saw this done in Lionel Vatinet’s new book, A Passion for Bread.

And the idea? You bake the baguette on a hot baking stone, covering it with a loaf pan turned upside-down! Simple and brilliant!

As everything, you can probably take this a step too far, and I feel I’m nearing that phase with my ever-growing collection of bread books, but done in moderation (and also in excess if that’s how you roll), it’s still an affordable way to get a varied education in bread making.

A bit like working with many advanced bakers as apprentice.